The LEGOLAND® California Resort has unveiled its biggest gift for its 20th birthday by announcing the largest addition in the Park's history: The LEGO® Movie™ World.

The new attraction will feature the flagship ride, Masters of Flight, where guests can hop aboard Emmet's triple decker flying couch for a thrill seeking adventure. The flying theatre attraction whisks guests away on a suspended ride with a full-dome virtual screen, giving the sensational feeling of flying above memorable lands such as Middle Zealand, Cloud Cuckoo Land, Pirates Cove and Outer Space.

In addition to Masters of Flight, kids and families will get to enjoy the rush of falling from Unikitty's Disco Drop, explore Benny's Play Ship, ride a fully re-imagined carousel and meet Emmet and all of his friends in Emmet's Super Suite apartment.

"The LEGO Movie World is LEGOLAND California Resort's largest Park addition ever and we are thrilled to create an interactive experience that fully immerses guests into a world that was so brilliantly created by LEGO and celebrated by the hugely popular LEO film franchise from our friends at Warner Brothers". 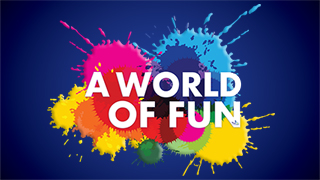